Luxor Temple sits in the middle of the town of Luxor. When you are inside of it looking out, through the pillars of the colonnades and hypostyle halls you can see the crappy apartment blocks of the city. There used to be a village within it, but they cleared it about a century ago; there is still a mosque. So the monumental extravagances of Rameses, Ozymandias the King of Kings, came to rub shoulders with goats and chickens, and with the common folk. 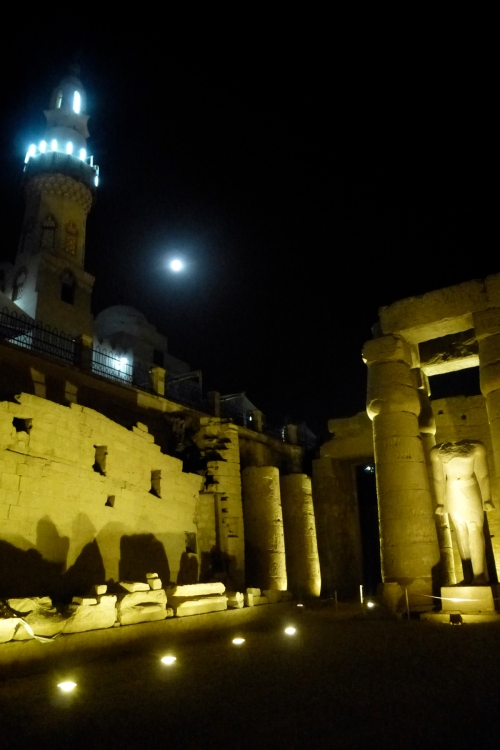 I have been twice now, both times floodlit under a full moon. Both times, I have been blown away. I have been to the Pyramids and to the Valley of the Kings, but this is the best thing in Egypt; only Karnak comes close. The lush stone forests of columns, each with its carved bole like a palm tree: simple, elemental, connected. 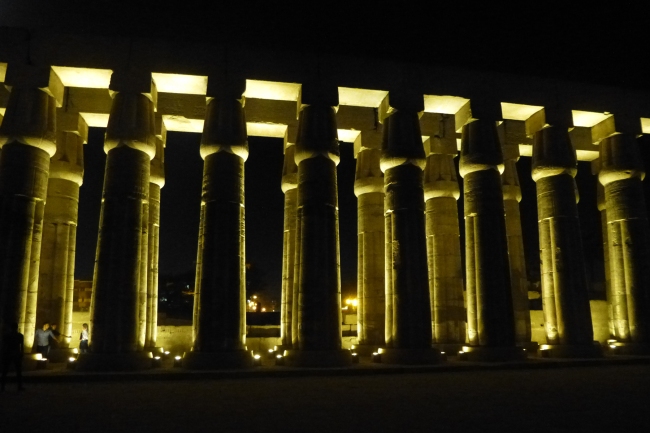 The setting they form by their arrangement around courtyards, almost the definition of a setting for sacred theatre, and the origin from which most holy and dramatic architecture since derived, down to the Gothic cathedrals.

The avenues of pillars, not quite symmetrical because of the leftward kink in the ground plan.

The mighty stone guardians before the doorways. 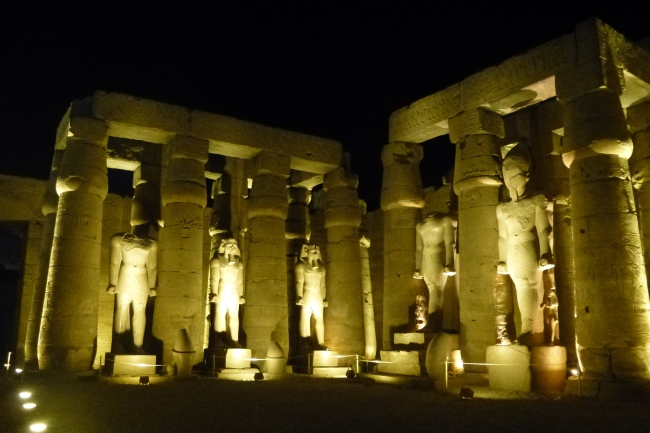 Not much to touch this….

This entry was posted in road and tagged Egypt. Bookmark the permalink.