I had to get up at 5.30 in the morning to catch a train, but it was worth it – what a great day! The train on the left is the one I caught (actually the third one, after I had made two changes), right after it had crossed out of Hungary and arrived in Košice, which is the second biggest city in Slovakia. 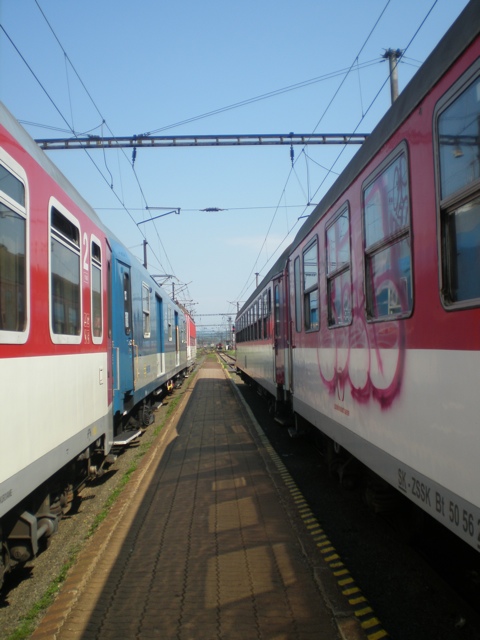 Last week I was in the biggest city in Slovakia, Bratislava – that was the time I wrote about crossing the Iron Curtain, and how the city is now lived in by a different group of people from the ones who built it. Well that’s true in Košice too – for example the roof on the cathedral is just like the roofs in Hungary (but that’s probably because the city was built by Hungarians, who lived here for hundreds of years): 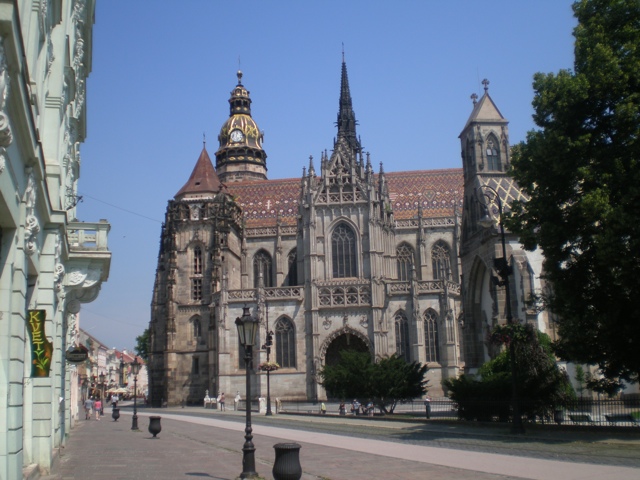 But Košice has none of the freaky feeling of Bratislava. Well, at least in the City Center, which the Soviets left alone. The cathedral (the biggest church in Slovakia) looks like this on the inside: 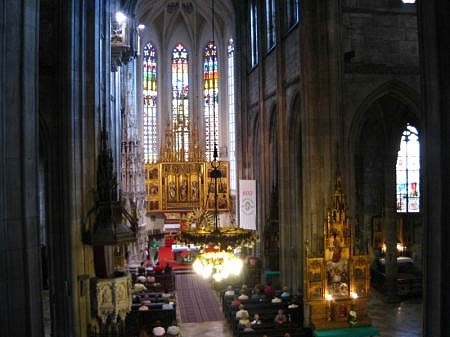 Sunday morning, the cathedral was filling up (mostly with young people, to my surprise), though there were still plenty hanging out in the cafes and the park next door, where there is what is supposed to be a musical fountain: 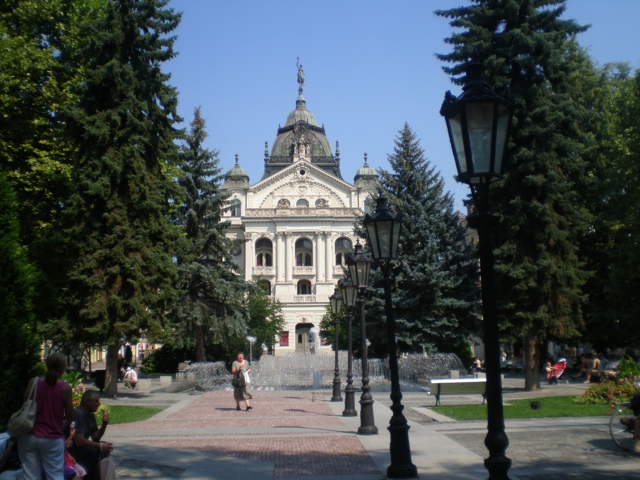 In fact it was really just a regular fountain with some cheesy muzak versions of western pop songs playing in the park (which was strange enough), at least until 11.00, when the music stopped and this bell-tree chimed out a full-length version of the Beatles’ “Yesterday” (a song which seems to be all over the place in ex-Communist Europe, amid the local folk tunes): 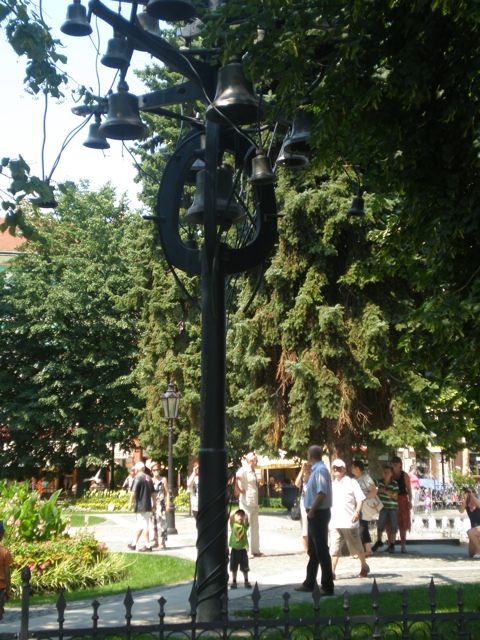 I did get bugged by some Roma people wanting money, and there were a few more around clearly drunk and shouting at each other – I believe there is quite a bit of prejudice against them in this part of Europe, but judging from what I saw, at least some of them don’t help themselves too much…of course that could be a chicken-and-egg question and I don’t know enough to say…

Anyway, apart from (or along with) the generally positive atmosphere there were some nice old buildings – this gothic gingerbread house caught my eye, especially the round turret: 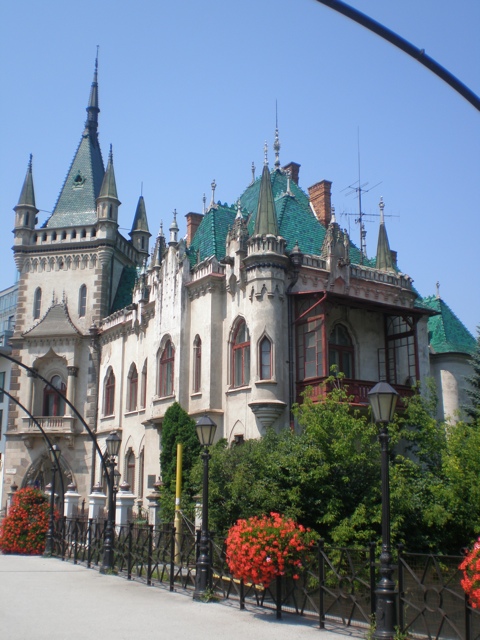