the end of Vienna

There was one last museum left in Vienna before I moved on: the Leopold Museum. This had some Klimt in it, but its main star was Egon Schiele, a protege of Klimt’s, who arrived in Vienna at the age of 16 in 1906. He was an Expressionist, which means he didn’t really care about whether his paintings looked like what he was painting – the main point was that they expressed something inside of himself. For a while he moved to a town in what is now the Czech Republic called Cesky Krumlow. This was a painting he did there: 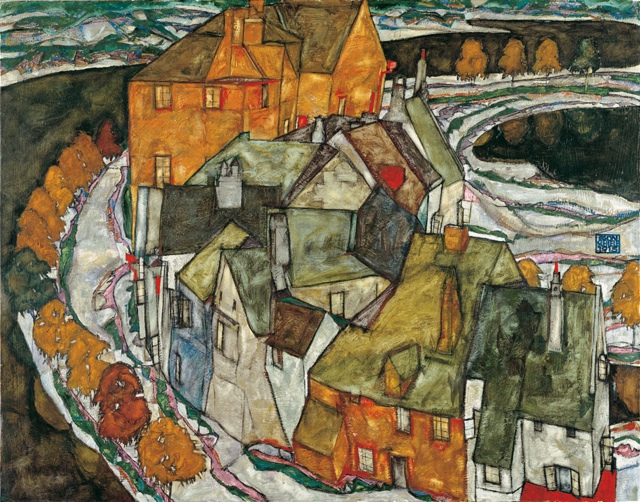 There were lots of others of his paintings that I liked too, but here are just a few. These two are matching portraits of himself and his girlfriend: 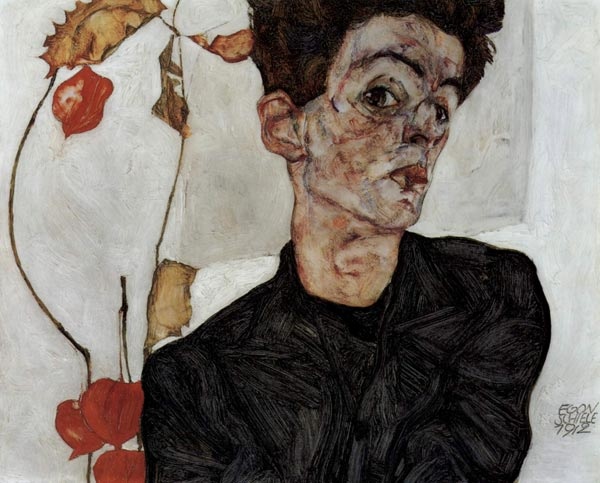 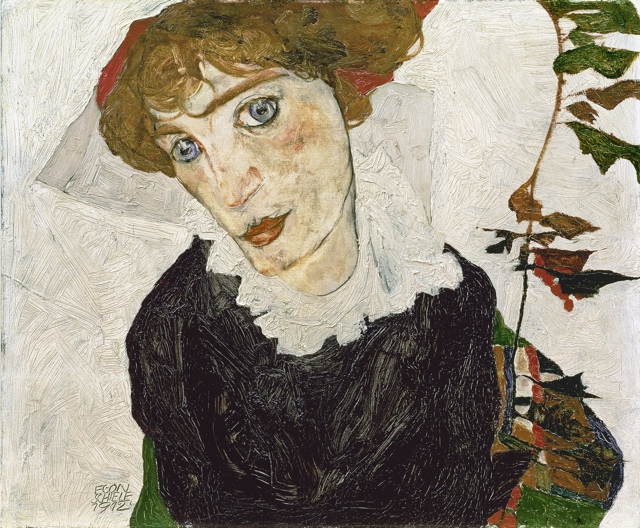 Finally, this is a picture (done during World War I) of two people dying, and floating away:

When it was first shown in a gallery, 96 years ago, it was hung next to what is maybe my favorite Klimt painting of all, Death and Life – doesn’t Death look sneaky and mean-spirited?

Less than three years after that exhibition, Klimt was dead, of the terrible Spanish influenza that swept through Europe while people’s immune systems were weakened by the hunger of World War I. Later that year, 1918, Otto Wagner, who was the architect of some handsome buildings in Vienna that I never even got to see, also died – and then, in late October, Schiele died of the Spanish flu too, at the age of 28. Ten days later, the Habsburg Empire collapsed, and Vienna was no longer the capital of a great and wealthy empire, but of a small central European country – which is what it is today.