My first stop out of Athens was Meteora. This is a strange piece of geology: vast rock pinnacles rising out of the plain and flanking the local mountains. That would be enough to attract 21st century sightseers, but what augments the effect exponentially is that in Byzantine times, religious devotees clambered atop these strange rock sculptures and added complete monasteries of their own. There are three in this photo, if you can spot them:

And here is another: 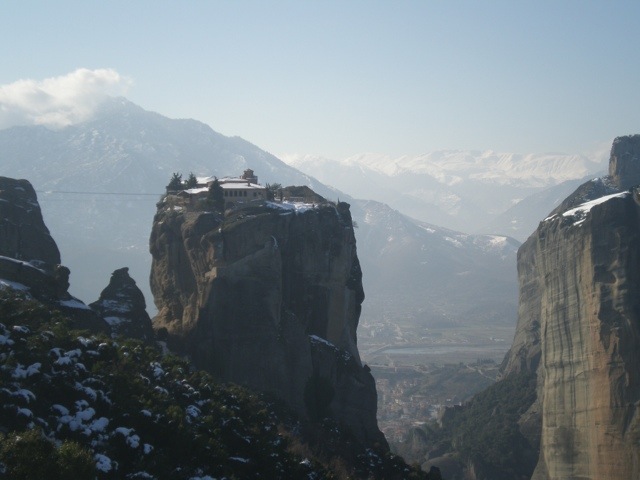 So why did the monks (and the nuns – there is one nunnery) build in such isolated and inaccessible places? Well, that was a time, hundreds of years ago, when there were lots of wars, and monasteries were sometimes attacked because they had valuable things. So the monks wanted to stay as much out of the way as they could. Here, they chose places so steep (and so secure) that they used to have to haul people and provisions up in rope-suspended baskets (now they have stone staircases, and even electric lifts).

OK, but how did they get up there in the first place? You can see from the photo below that there is a ruin on the left-hand pinnacle – the only way for them to have got up there to build that would be by rock-climbing (but that would challenge the best rock-climbers of today, with modern equipment!), or by making a very long ladder, or maybe by some kind of grappling iron. Pretty incredible in any case. And then where would they have secured the line to bring up the materials to build?

Even when they had successfully established their monasteries, it must have been a pretty desperate life. This is where the nuns grew their vegetables:

The panoramas from the top are great, but perhaps even more impressive are the views from below, which really bring home not just how inaccessible these places are, but the grandeur and the scale of the rocks. To finish, here are a few more photos: 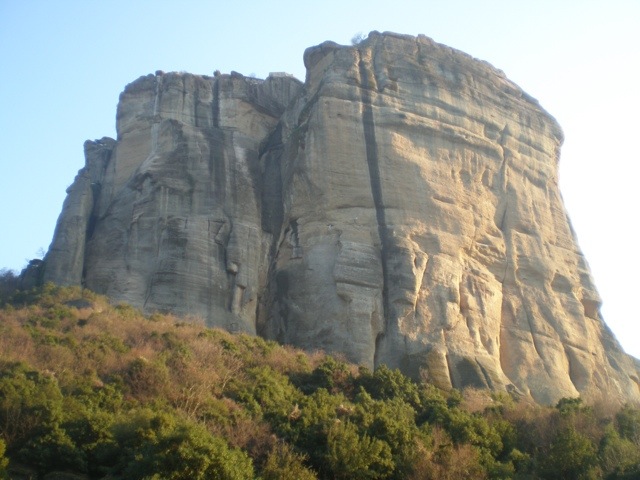 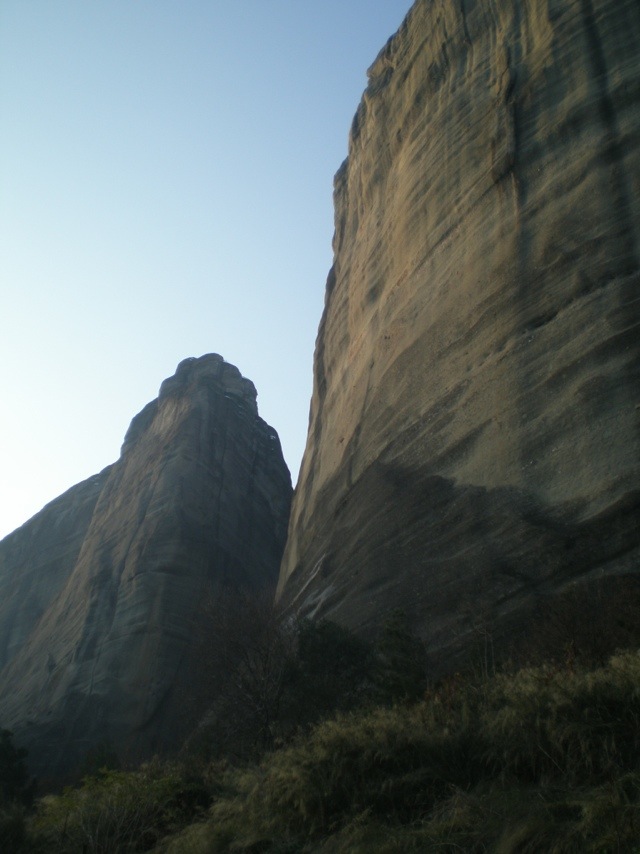 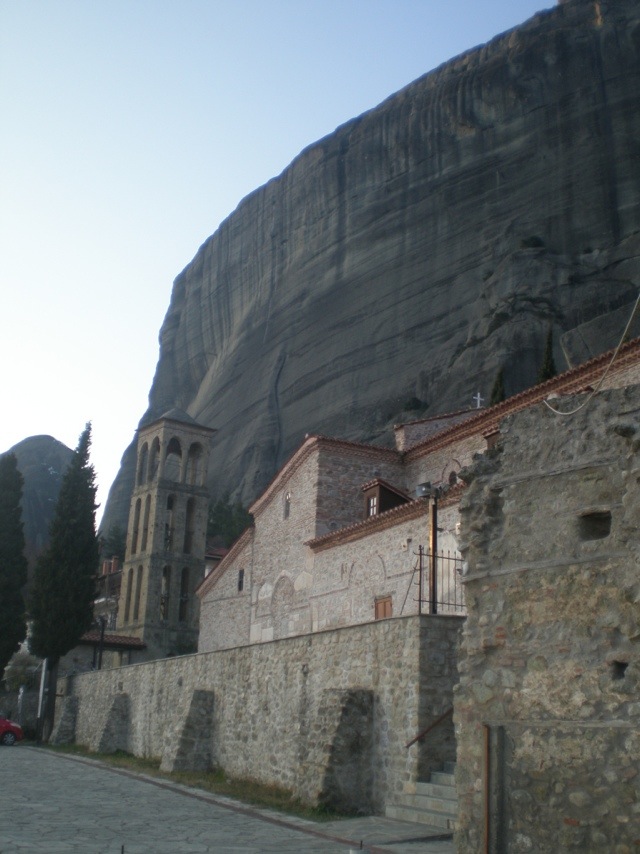 This entry was posted in anybody up there?, road and tagged Byzantium, church, Greece, Greek Orthodox, Meteora, religion. Bookmark the permalink.