a chill Sudanese lion from the Pharaonic period, in the British Museum:

but check out this Pharaoh’s fist, from the Egyptian Middle Kingdom, a little over 3000 years ago: 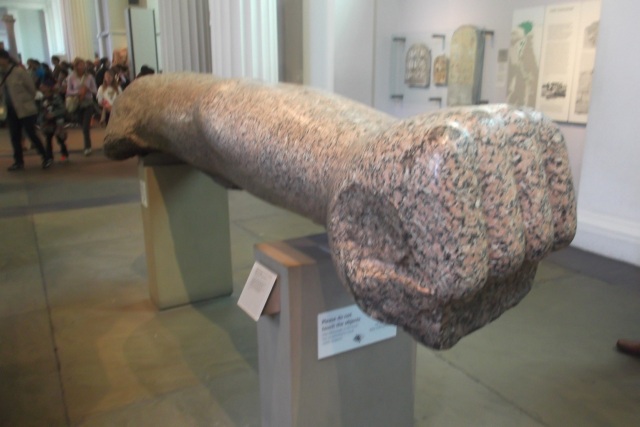 and if you didn’t much fancy being subject to that, your chances might not have been too much cleverer around 2800 years ago with the Assyrians, based near Mosul in northern Iraq. I discovered this lot in the Louvre a year ago, and they seemed like they were from another planet – but there is much more of their stuff in the British Museum, and familiarity somehow breeds, well, familiarity. Their message is way more sophisticated in execution than the Pharaoh’s fist, but equally crude in intent:

these things are also called lions – guardians of the gates – but to me they look more like horses, precursors of the Centaurs but with turbans and ‘taches: 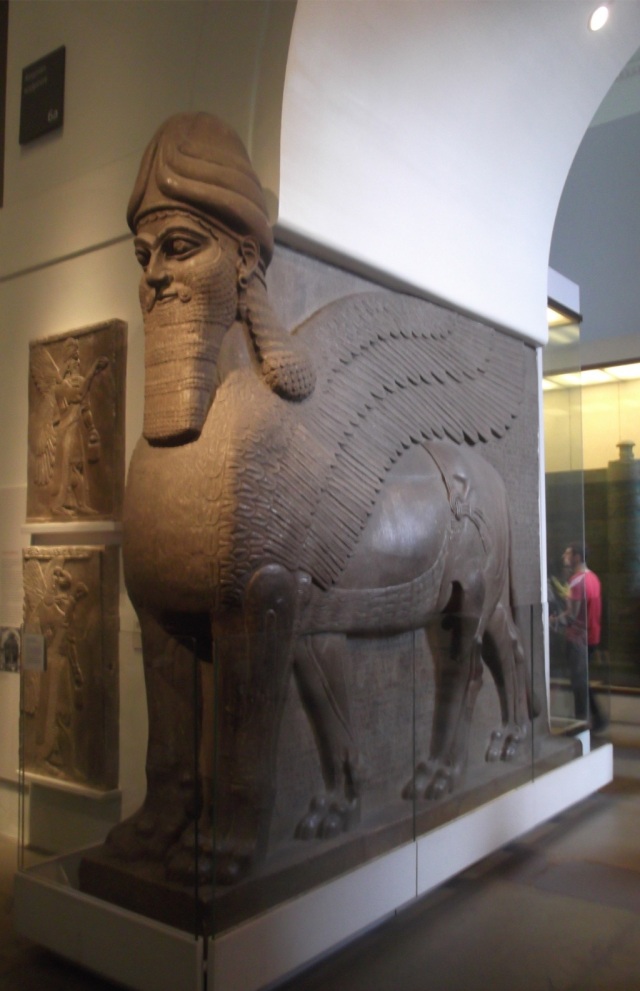 Note that you are not supposed to look at these from the angle I took these photos, where they have five legs; they’re supposed to be seen either head on (static) or in profile (dynamic) – either way considerably imposing. And those wings! The Assyrians seem to have gone for wings all round, and you can see where the Judaeo-Christian seraphim arose from:

they did some beautiful bas reliefs too. This one of a camel train gives me a sense of looking down a long tunnel into a vivid – you can almost feel the sand – but vanished historical world: 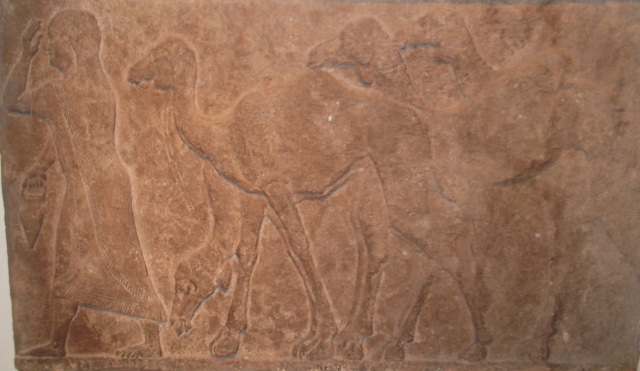 but many of them celebrate power, domination, ultraviolence. The sport of kings in this lost world was lion-hunting: how many lions stuck through with arrows and spears, vomiting to death from their wounds, does it take to get the point across? 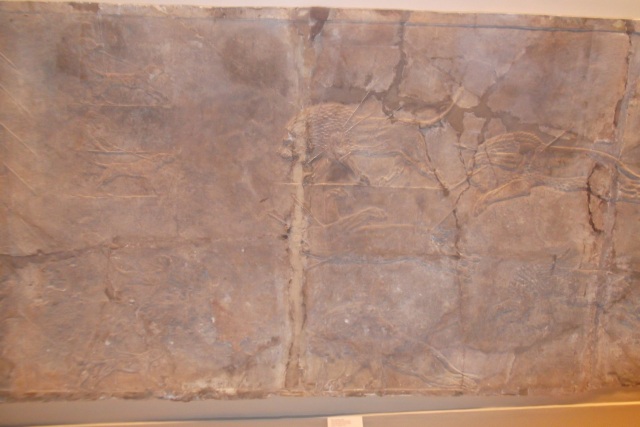