as above so below: right across the street from Aya Sofia, Justinian’s people built something else – an underground cistern to store the drinking water that was brought into Constantinople from nearby forest springs, by means of aqueducts and pipes. A strictly functional purpose, but look at this for architecture: 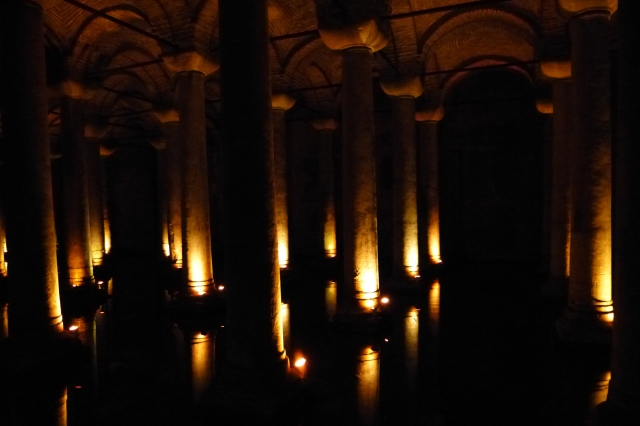 They recycled, too, older building materials from the pagan days; who knows where this upside-down Medusa originally came from? 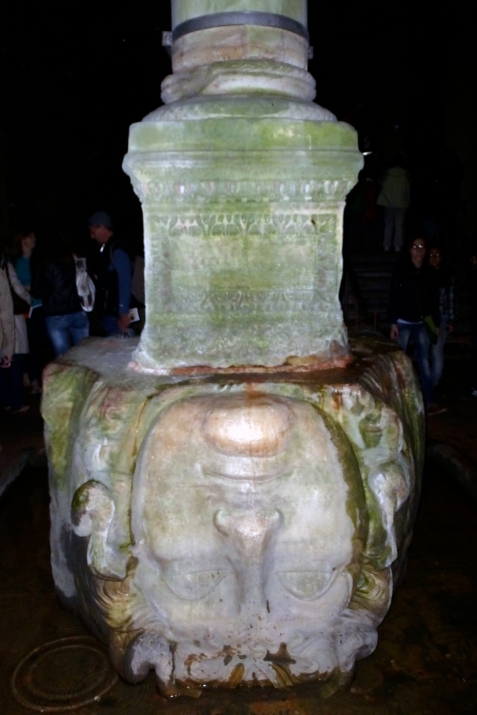 The whole thing was forgotten for hundreds of years; it was only rediscovered because a sharp-eyed Italian traveller in the 16th century enquired why freshwater fish were being sold ion the streets of the city, many miles from the nearest fresh water. The answer: they were pulling them up from right beneath their feet. 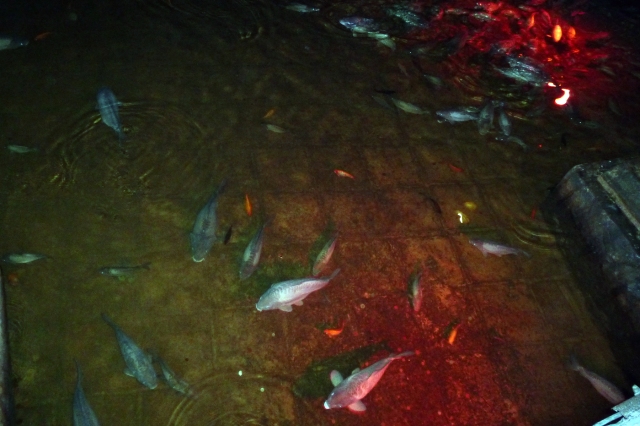 This entry was posted in road and tagged Byzantium, Istanbul, Turkey. Bookmark the permalink.