Aya Sofia is the most obvious example, but there are a few less famous ones around Istanbul: the Turks came, took the churches and converted them into mosques. One that still is a mosque is the small ex-church that was the prototype for Aya Sofia back in the 6th century, and is still known in Turkish as little Aya Sofia. Note the off-centre niche aligning prayer towards Mecca, replacing the original east-facing Christian altar: 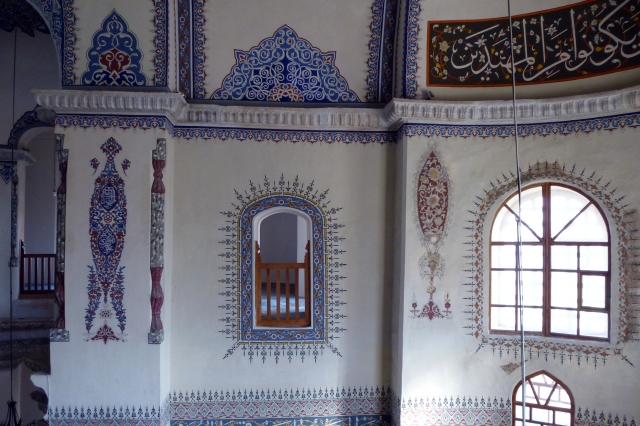 Another much later example – the church of Xhora – is up on the hill near the Edirne gate, and followed the same trajectory as Aya Sofia: it was converted into a mosque and is now a museum. Fortunately the Muslims who plastered over the Christian frescoes did so so thoroughly that they were perfectly preserved underneath, and now they are back in all their glory: 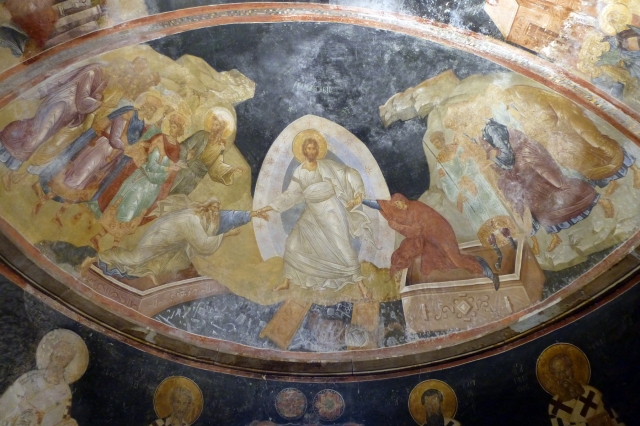 This last features Christ dragging Adam and Eve from their ancient tombs on the day of judgement.

When the Turks came they didn’t just convert churches into mosques, they built their own too. Their most famous architect, Sinan, architect of the third most compelling mosque in Edirne, cut his teeth in candy-cane colours at Mihrimah Camii, also by the Edirne gate: