well this is what everybody comes to see:

If that was Venus de Milo (and the Winged victory of Samothrace, if wildly impressive, was pretty much the same), I didn’t even try the Mona Lisa. Instead, I got easily more than my full €10 worth by tracing the ancient world from Greece and Etruria through the Roman Empire. It’s true what they say, that the Greeks did people as people better, the human feeling and the homely touch:

Meanwhile on the other side of the Adriatic, the Etruscans, though far from joyless, were possessed of an almost Tang-like stylization and impassivity: 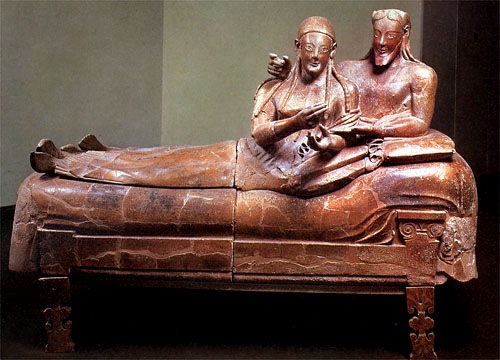 Not suggesting that they had any connection with the Chinese (and certainly not the Chinese of over a thousand years later!) – but where did the idea for this Roman beast come from? Just as at the Son of Heaven’s palace gates, the imperial lion paws the globe… 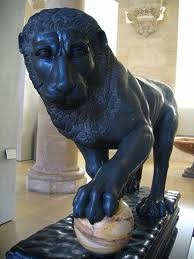 The Romans could do the emotional stuff too, if somehow in a more stilted and less intimate way than the Greeks:

and certainly there was space for navel-gazing:

but mostly they were about bulk and power: look at the massiveness of our achievement!

At the zenith of their confidence and authority, Caesar Augustus in unbending triplicate: 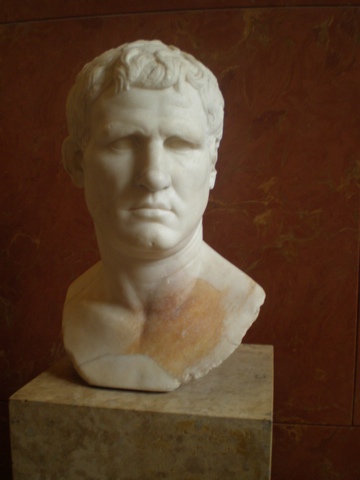 By the time of Trajan, when the empire reached its greatest geographical extent, there is almost a hint of foppishness creeping in: 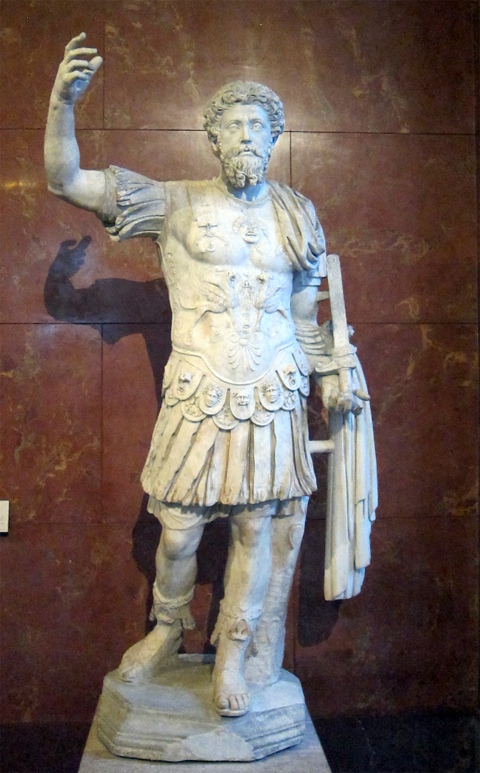 And by the time of Theodosius II in the mid-fifth century, when everything was falling apart, the emperor looks positively freaked out:

As if that tour through the classical world wasn’t edifying enough, then I walked into the Assyrian galleries – the thunderous mythical world of Sargon II in northern Iraq in the eighth century before Christ, when Rome was a village, if it existed at all:

These things are as big as houses:

And so, with a civilization so distant that it seems almost like space travel, I start this summer’s adventure…