The Alte Meister art museum is apparently one of Europe’s most significant. It’s chocka with gut-busting Rubens numbers and superbly executed but entirely standard portraits of forgettable – and forgotten – 18th century wigs, along with stacks of alternately – even simultaneously – overdramatized and lifeless religious and mythological scenes, featuring people pointing and gesticulating in all directions at shocking supernatural happenings. No shortage of dramatically exposed female breast either; I suppose the sight of this must have been really quite something in the days before we were continually drenched with ubiquitous advertising images verging on soft porn. All of this is the European canon, full of technical and creative brilliance, thunderous in its depth and range, yet somehow adding up to what an artist friend of mine in London used to derisively call “faaaart”. It sometimes seems like so much dead plankton dropping silently to the floors of ancient seas, where it comes to form one compressed, inert mass.

And yet, of course, every such museum has its showstoppers. Like Holbein on the French ambassador to London (a lot in the hands here too):

or Titian’s knowing Christ (render unto Caesar what is Caesar’s):

or, among the dramatisers, the clarity of Botticelli:

or the lighting in this Correggio, which somehow captures the force of the moment when so many others fail:

and a self-portrait by the 18th century portraitist Anton Graff: 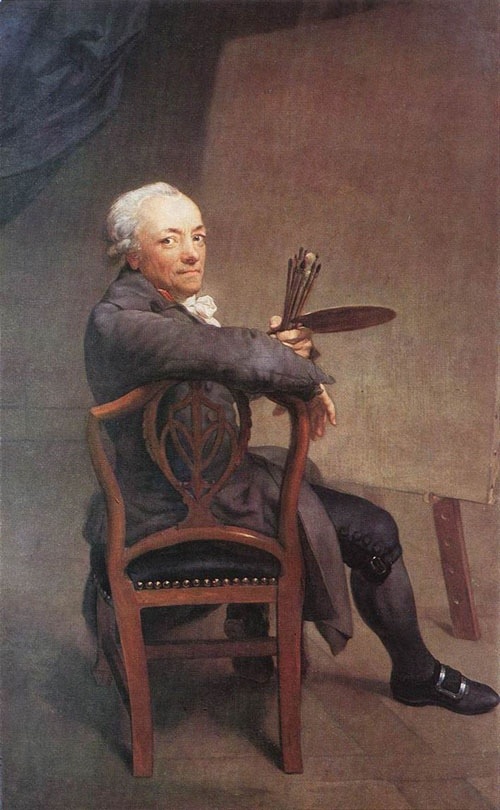